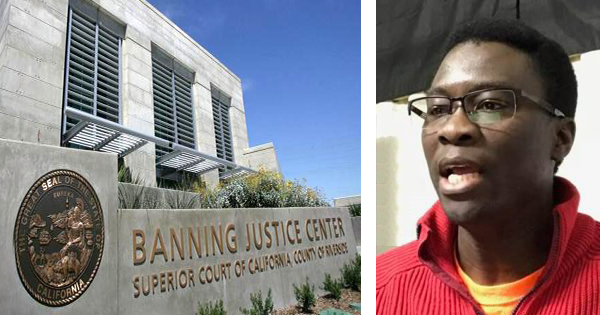 Nationwide — Ndiawar Diop, a former nurse employed with the California State Prison in Chino, California, has been falsely accused of workers compensation fraud and perjury during a deposition after stating that an inmate assaulted him with a syringe while he was assisting the inmate with an insulin injection. It is alleged that Diop’s statement of being assaulted conflicted with an earlier statement of the incident being an accident. The Riverside County District Attorney’s office filed charges alleging that Diop changed his statement with the intent to get additional workers compensation benefits. Diop denies the allegations and pled not guilty to all the charges.

On June 7, 2019, a jury trial was held at the Riverside County Superior Court in Banning, California. Corrections Officer Marc Escarcega, who was present during the incident, presented testimony that was consistent with Diop’s version of what transpired. However, after the court took a short recess, Officer Escarcega conferred with the assistant district attorney and designated investigator and completely recanted his testimony and stated that his original testimony, although consistent with Diop’s version, was incorrect. The jury found Diop guilty on all counts.

Diop has a pending motion for a new trial based on court and prosecutorial errors; including, jury misconduct alleging that jurors communicated with the state investigator during trial and that the admission of evidence regarding Diop’s retention of an attorney for his worker’s compensation claim to establish his intent to defraud was improper. Diop believes that Officer Escarcega was under pressure to change his testimony. Diop claims that he was denied a fair trial and that the court, in front of the jury, threatened to have his attorney, Zulu Ali, a Black lawyer, tazed by the deputy for approaching a witness to lay foundation for an exhibit. Diop believes the statement had racial overtones, which he alleges was consistent throughout his trial.

Diop’s motion for new trial and sentencing is scheduled on September 13, 2019 at the Riverside Superior Court in Banning, California.